Koelewijn, Peter - The best I can give is still unworthy of you - 500 ex 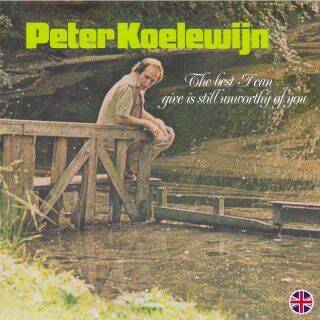 Peter Koelewijn is a founding father of Dutch language rock and roll and a successful producer and songwriter for other Dutch artists.

The English version of the album was never released on vinyl before and now released on RSD 2020!