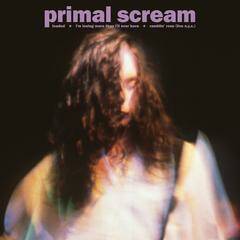 30th anniversary release.Features Andy Weatherall 7 min mix, b/w "I'm Losing More Than I'll Ever Have" & "Ramblin Rose (live NYC)".In celebration of the 30th anniversary of the single Loaded by Primal Scream, we are reissuing the original EP for this forthcoming Record Store Day - ahead of further digital campaign around the track later this year.First released in February 1990, the Loaded EP marked the beginning of a new phase of the band's career, orientating them towards the burgeoning acid house scene while still staying true to their traditional rock origins, foreshadowing their era defining album Screamadelica.The Record Store Day reissue - featuring expanded artwork in a gatefold sleeve - also features B-sides I'm Losing More Than I Ever Had, the original track from which Andy Weatherall's Loaded remix was born, as well as a cover version of Ramblin' Rose by the MC5, a live favourite of the band at the time.